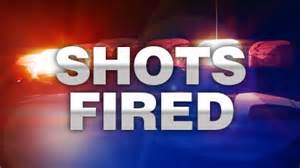 COLUMBIA, Mo. — Four people were injured during a weekend shooting in Columbia.

According to the Columbia Police Department, officers were sent to the 1500 block of Ashley Street, VFW Post 280 in reference to several reports of shots heard. Upon arrival, officers located one male and three female victims suffering from apparent gunshot wounds.

An investigation revealed a disturbance began inside the building, which, at the time was being rented out for an event. Several of the subjects involved left the building and moved to the parking lot. Soon after, several gun shots were fired from the parking lot toward the building. Gun shots struck the four victims as well as the VFW Post building.

Columbia Police are still seeking one to three black male suspects. Any information regarding the incident should be reported to the Columbia Police Department, or anonymously to the CrimeStoppers hotline at (573) 875 – TIPS.