Area landowners are expressing their concerns over the proposed Flanagan South Pipeline Project.  Individuals in both Saline and Lafayette county have joined forces to fight for what they describe as fair contracts with Enbridge.  Click to hear KMZU’s Kristie Cross talk to Enbridge spokesman Kevin O’Connor:

One issue being debated is compensation for the loss of crops.   O’Connor says these details have been clearly outlined.   “Letters have been sent to the individual landowners and specific percentages mapped out,” said O’Connor,” If we’re taking crop out of production in the construction year, we will be paying 100% for that.  In the year after construction, it would be 75% and drop down to 50 after that.  So, whats happening here is htat we’re obviously taking crop out of production the first year and, therefore, we’re covering that 100%.  The next year we know it won’t be back to 100% and so we’re compensating the landowners for that difference.”

Saline county landowner Jack Harvey says the details on this issue remain a bit unclear.  “They’ve given us a percent of payment on this,” said Harvey,” however, property owners have not been told what basis will be used as far as bushels per acre and how that’s going to be determine.  Also, we don’t now the value on the bushel that’s going to be compensated.”

Other concerns include rights to place utilities on easements, as well as liability issues.  The landowners say it is not their desire to slow down the process of the pipeline, but rather to acquire what they describe as a fair contractual agreement. 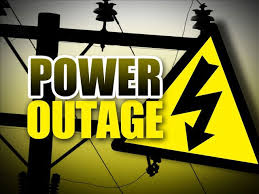 Hundreds left without power this morning in Independence

Traffic reduced to single lane on Sedalia thoroughfare this week