Washington, DC – The Subcommittee on Water Resources and Environment, chaired by U.S. Rep. Bob Gibbs (R-OH), will hold a hearing on Wednesday to review the response and management of the major 2011 flood of the Missouri River. U.S. Congressman Sam Graves will participate as a part of the subcommittee because he is a member of the Transportation and Infrastructure Committee.

In addition, Kathy Kunkel, the Clerk of Holt County; Tom Waters, President, Missouri Levee and Drainage District Association and a resident of Ray County; and Richard Oswald of Atchison County are scheduled to testify to the Subcommittee.

The U.S. Army Corps of Engineers manages a comprehensive system for the purposes of flood control, navigation improvement, irrigation, municipal and industrial water supply, hydroelectric generation facilities, and other important purposes for the 10 states in the Missouri River Basin. 2011 was an extraordinary year for flooding in the basin, as it is estimated that by the end of the year the basin will have received approximately 61 million acre feet of water, and its storage capacity is 73 million acre feet. Resulting from storms, snowmelt and ice jams, floods significantly impact the people, communities, infrastructure, farms and businesses in the basin.

The Army Corps of Engineers is in the process of writing their 2012 operating plan for the basin, and the flood of 2011 will serve as a source of many lessons learned as they work to determine a plan to operate the system in the coming year. The Subcommittee on Wednesday will review the response to the 2011 flood, as well as the management of the system throughout the year, in order to better understand how best to operate the basin in the future. 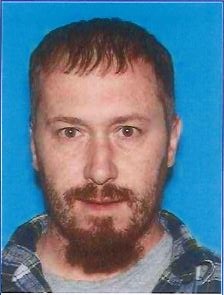