A convicted murderer is now accused of killing his cellmate.  Tony King, 29, of Bethany, was charged in June with second-degree murder in the death of registered sex offender, Michael Bozarth, 25.  The St. Joseph resident was found strangled in the cell the two shared at the Buchanan County Jail on June 11.

Bozarth was sentenced in January to 90 days in jail after he pleaded guilty to third-degree assault, according to court documents.

King is scheduled to appear for a trial setting at 2 p.m. Thursday in Buchanan Co. 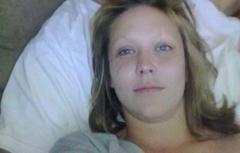