Corn planting slightly up from 2020, but wheat lowest since 1919 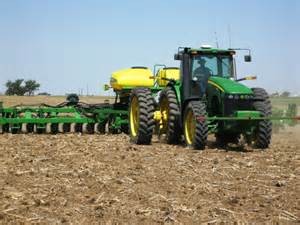 ATCHISON, Kan. — Last week, the USDA issued its Prospective Planting and Stocks Reports, with the biggest surprise coming from the planting numbers. Corn planting is slightly up from a year ago. Mike Zuzolo is president and founder of Global Commodity Analytics in Atchison, Kan. He says the trade was expecting more than 91.1 million acres for corn.

“I think that’s right. Look at the news wire estimates,” he says. “The lowest number we saw was down around 91 million acres. I don’t publish to the newswires anymore because the algo-traders use them to position themselves before the numbers come out. I send stuff out to the producers and investors that I work with. So, I was below 92 and having a really tough time going above 91.5.”

Zuzolo says one reason farmers are shying away from more corn acres is steeply rising input costs – which impacts other row crops.

“What was surprising to me is how soybeans came in at 87.6 million planted, when the trade, including myself, were closer to 89 and 90 million,” he says. “What happened was most of the other producers in other parts of the country, including the cotton producer, the sorghum producer, and the rice producer all ‘stayed in their lane’ this year and they kept producing what they normally produce. I think this brings with it a little more questioning, especially with that Deep South looking wetter than normal from the Tennessee River Valley down to Louisiana, so we’re going to have to keep an eye on that because soybean acres could grow, similar to the way corn acres could grow because the of the way the weather is shaping up.”

Drought-stricken areas in the Deep South are seeing beneficial rainfall. While corn and soybean belts, especially in the Plains, are leaning toward a drier pattern. Zuzolo says he’s disappointed in USDA’s low planting predictions of 46.4 million of wheat acres – the fourth-lowest on record since 1919.

“We have a leader to the downside, and that is the wheat market,” he says. “We wanted it to be the leader to the upside with the drought in the High Plains and Central Plains and in the hard red wheat belt specifically, driving prices higher and make corn that much more expensive, not allowing wheat to get into a feed category. But unfortunately, we are seeing the wheat-corn spread dip into the 50-60-cent per bushel range. Soft red wheat minus corn, that is feed category for wheat, that is the lowest since late 2017.”

The Stocks Report shows soybean stocks down around 30% with corn stocks down 3% from last year, and all wheat stocks were 7% lower than in 2020.

Jamesport FFA has a Full Schedule

Youth harvest over 4,000 birds during the 2017 spring youth season