RAY COUNTY, Mo. — Charges have been filed against a couple accused of child abuse in Ray County. 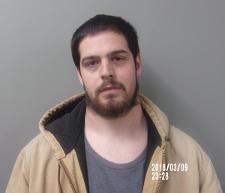 A probable cause statement filed Friday in a Ray County Courtroom charges a couple from Camden with abusing a nine-year-old girl.

According to the statement, the female victim suffered partial amputation of a finger on her right hand, had a fractured left wrist and forearm and multiple fractured ribs.

The girl, according to the statement, was in the care of Barreto and 25-year-old Melissa Holloway when the alleged abuse occurred. The victim told authorities she had told Holloway about the abuse, however she had done nothing at all to stop Barreto.

Barreto now faces numerous felony charges, including nearly thirty total counts of abuse or neglect of a child, causing serious physical injury – no sexual contact. He is held at the Ray County Jail on $250,000 bond, cash only.

Holloway is also charged with 22 felony counts of abuse or neglect of a child without sexual contact as well as for hindering the prosecution of a felony.

Holloway is also behind bars at the Ray County Jail. Bond was set at $150,000, cash only. Future court dates have not yet been set for either defendant.