MILLER COUNTY, Mo. – A collision in Miller County was fatal for a Marshall resident Saturday night. 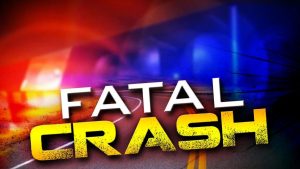 The Missouri Highway Patrol responded to the crash at 54 Highway and Route W, around 7:45 last night. A westbound vehicle driven by Donald Talbott, 50, of Marshall, turned into the path of a vehicle driven by Bobby Albertson, 71, of Eldon.

A passenger in Talbott’s vehicle, Grace Helgenberger, 46, of Marshall, died at the scene. Talbott was flown to Columbia with serious injuries.

Albertson and his wife, Donna Albertson, 68, were transported to Lake Regional Hospital with serious injuries. The report says Talbott faces allegations of driving while intoxicated, failure to yield and no seat belt.

All the others was said to be wearing their seat belts, according to the report.