Curtain Could Fall on Davis Theater 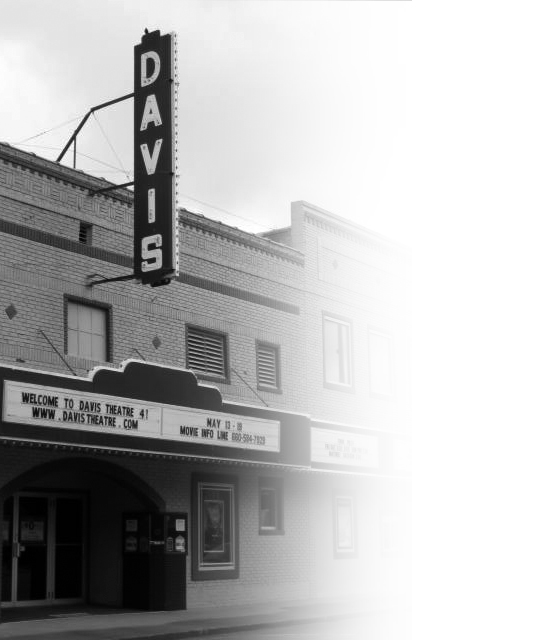 Image courtesy of the Higginsville Advance

The popcorn machine and projector could be set to turn off for good at the Davis Theater in Higginsville. The 77-year-old venue, known for its commitment to area residents, is feeling the pressure of conforming in the digital age. Citizens formed a group called “Friends of the Davis Theater” to make sure the final curtain doesn’t fall. Click to hear KMZU’s Chelsea Wade talk with Chairperson Deanna Wood:

Press Release from Friends of the Davis Theater

There is a group of Higginsville citizens that have joined together to find a way to save the Davis Theater. With the demands of upgrading the theatre to Digital (and replacing screens to accommodate 3D movies), the Davis must raise a significant amount of money to stay in the theatre market. Many of us have such fond memories of the Davis Theatre from having our first jobs there, having first dates to seeing our children grow up enjoying “movie night”. The theatre has also supported our youth along the way with giving several certificates to Husker Achievers every week for many years.

The group is asking everyone in the community to join them for a “town hall-style” meeting on Monday, June 20th at 7:30 pm at Davis Theatre.

DAVIS THEATRE OPENS TUESDAY
One of State’s Most Beautiful Theatres Opens Tuesday, April 17th in Higginsville.
Beginning next Tuesday night, April 17th, Higginsville citizens can boast of having one of the most beautiful theatres here of any town anywhere near this size in Missouri. The old Royal Theatre has passed into history, and next Tuesday night J.W. Davis, owner of the show will open his new “Davis” Theatre to the public. Civic clubs of the town, in an effort to show their appreciation to Mr. Davis, undertook to sell out the show the opening night at $1.00 per ticket. The merchants of the town subscribed tickets, and most of them have already been sold, everyone being anxious to attend. Tickets will not be on sale that night at the door, and everyone wishing to attend the opening night must secure their tickets ahead of time, through some merchant or from the committee in charge of arrangements.

The interior of the building is highly pleasing in appearance. The walls and ceiling are of celotex, which has been grooved into squares and triangles, with colored rectangles at intervals making a most pleasing design. The side walls are set with panels of colored celotex and red velvet. A baseboard of stained and varnished panelboard extends several feet up from the floor around the entire room. The room is well lighted with new ornamental lights from the ceiling, and while the pictures are being shown, the lighting is done by small colored ornamental side lights. The seating capacity of the new theatre is 750, and Mr. Davis purchased practically all new, leather upholstered seats for the room. They have been spaced further apart than most theatres, so that there will be plenty of leg room, and also, plenty of room for a person to pass into a row without everyone getting up. One of the best features is the gradual slope of the seats from the rear of the room to the front. The back half of the floor being raised into long steps, with a sloping isle. Every seat will have a full view of the screen. The screen itself is new, and much larger than the old one. The new sound screens, while presenting a solid appearance, are full of small holes, there being well over a million such holes in the new screen at the Davis Theatre. A large neon sign on the front of the building with the word “Davis,” two display panels, and the glass ticket cage at the entrance gives the show a real metropolitan appearance. Inside the entrance is a spacious foyer with a waiting room, ladies’ and men’s’ toilets, and the manager’s private office leading off from both ends. There are two isles leading into the show room. A new picture “Melody In Spring” is the feature the opening night.

The picture stars Lanny Ross, favorite over the over Janes on the “showboat” program and his radio fans will not be disappointed with his screen appearance. This is one of the best pictures produced this year, and has been procured by Mr. Davis at considerable expense in order to make the first night performance attractive. In addition, there will be a news reel, comedy, and several other short attractions. Short talks appropriate to the occasion will be made by Rev. John Lindsey and Mayor Huscher.