The exceptional corn harvest this year may change the strategy for deer hunters in some areas of the state. Low said the progress of the harvest will also impact those decisions.  “The problem this year, with a bumper crop of corn, is that a lot of farmers don’t have the storage capacity they need to hold all that corn once it’s harvested,” said Low, “That means some will choose to leave their corn in the field longer than they might otherwise and that creates a lot of standing cover for deer and can make them seem more scarce because they don’t have to expose themselves so much.  The key to making that work for you is to do some scouting and figure out where their traveling corridors are located.  That corn can work in a hunters favor, too.”

The deer taken this year are expected to be healthy.  “We got a break this year,” said Low, “The summer was moderate and, I think, overall cooler than average temperatures and we had plenty of rainfall in most of the state.  That means the deer weren’t stressed by the heat and didn’t have to expend a lot of energy just trying to keep cool.  So, the deer that are out there are going into the fall in very good condition.  They should be able to find plenty of food and fatten up.”

An average acorn crop is anticipated in the south part of the state, neith helping or hindering hunters in that area.

Some parts of Missouri will have more deer this year, and a bumper crop of corn will affect hunting strategies. The Missouri Department of Conservation says decisions that hunters make in harvesting deer are among the most significant factors affecting deer numbers this year and in the future.

Conservation Department Resource Scientist Emily Flinn says this year’s mild summer will send deer into autumn in good physical condition. Hot, dry summers, like those of 2012 and 2013, cause physical stress on deer, increasing their nutritional needs while simultaneously reducing food supplies. Deer got a break from the weather this year, with cooler than average temperatures and plenty of food.

The Conservation Department tracks deer populations at the county level by analyzing the number and sex of deer checked during deer season and through surveys of hunters and landowners. It also factors in other influences, such as disease.

Deer populations in central, northern, and western Missouri have decreased steadily over the past decade partially as a result of regulations that allowed hunters to shoot more does.

“It’s important to remember that deer numbers were significantly above target levels in the early 2000s,” says Flinn. “The liberal regulations were intended to gain control of the deer population, and they did. Then the hemorrhagic disease outbreaks in 2012 and 2013 pushed populations even farther below desired levels in some areas. The Conservation Department reduced the number of firearm antlerless permits that hunters can fill in some counties this year to allow the population to increase back to desired levels.”

“Localized deer populations that experienced moderate to high hemorrhagic mortality from the 2012 outbreak and last year in northeast Missouri have likely not recovered to levels prior to the outbreak,” says Flinn. “Due to the localized manner in which hemorrhagic disease operates, it is important that hunters and landowners continue to reduce doe harvest if deer numbers in their areas are below desired levels. On the other hand, if numbers in a localized area are at or above desired levels, then the continuing doe harvest is necessary to reduce or maintain populations.”

Deer population size affects deer harvest, but other factors are important, too. One of the most important factors is food availability.

In southern Missouri, acorns dominate deer diets in the fall and winter. When acorns are plentiful, deer can find all the food they need without moving around much. This tends to spread deer across the forested landscape, making them difficult to find. Conversely, in years when acorns are scarce, deer move around more and tend to concentrate around available food sources, making them easier to find. Early reports indicate that Missouri will have an average crop of acorns from both white and red oaks this year, neither helping nor hindering hunters in the Ozarks.

“Scouting can help hunters figure out deer travel routes and where they might be visible,” says Flinn.

She also advised hunters to consider how agricultural activity on neighboring land might affect deer behavior.

Flinn emphasizes the important role hunters play in determining local deer population size and structure. Shooting one or two does on your property might not seem very significant, but in combination with deer harvest on adjacent land, it can add up.

Flinn says the patchy nature of losses to hemorrhagic diseases across the landscape makes hunter involvement in managing deer more important than ever. Hunters who see that deer numbers are down where they hunt should consider the future when deciding whether to harvest does.

The first step in managing local deer populations is coordinating your hunting activities with neighbors. Forming a deer cooperative can be as simple as sitting down over coffee to discuss what you want to achieve. Once you agree on goals for the local deer herd, the next step is tailoring your deer harvest to achieve those goals. More information on the status of Missouri’s deer population and regional trends in deer populations is available in the 2013-2014 Missouri Deer Season Summary and Population Status Report  mdc.mo.gov/node/28399.

This year’s deer-hunting regulations include changes to availability of firearms antlerless permits in some counties. Details about this and other regulations, including season dates, are available in the 2014 Fall Deer & Turkey Hunting Regulation and Information booklet. It is available wherever hunting permits are sold or at mdc.mo.gov/node/3656. 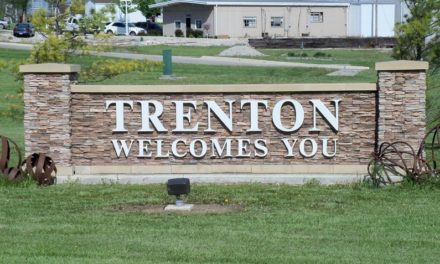