Dicamba use under scrutiny by Missouri 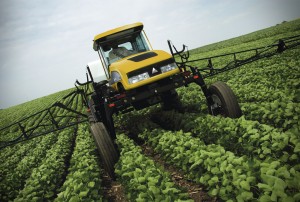 MISSOURI — Missouri is waiting and watching this week as complaints related to dicamba drift issues roll in and other states contemplate temporary bans.

The St. Louis Post Dispatch spoke with Kevin Bradley, a University of Missouri plant sciences professor about the more than 60 complaints. Bradley helped investigate some of the complaints last year, which totaled to more than 120 cases.

“It’s concerning but not a surprise,” Bradley said. “We knew that the acreage that gets sprayed with that dicamba product would be dramatically more than it was last year.”

The Missouri Department of Agriculture has been urging farmers to only use the chemical according to the label. Though some believe the label might not be up to par when it comes to dealing with the volatile chemical. Dicamba is sensitive to vaporizing making it easier to drift in nearby fields.

Off-label use might have been more of a problem last year, but Bradley says this year is different.

“All the calls I’ve had this year, these are people that are spraying the newly approved products. They’re doing the best they can do,” Bradley stated.

According to a Monsanto representative, their XtendiMax products will be used on 20 to 25 million acres nationwide during its first year of production.  These products have already been banned in Arkansas.