The Department of Conservation issued the following press release:

JEFFERSON CITY, Mo. – The Missouri Department of Conservation (MDC) continues to receive reports from people around the state of dead deer. The culprit appears to be hemorrhagic disease (HD), a general term for epizootic hemorrhagic disease and the bluetongue virus.

“Both diseases are closely related, have similar clinical signs and are naturally spread by a small, biting midge fly,” says MDC Deer Biologist Emily Flinn. “Cattle and goats are normally not affected, or show only mild signs of being sick. Sheep are susceptible only to the bluetongue virus.”

Humans do not get hemorrhagic disease, so handling and consumption of meat from deer that have recovered from the disease pose no health hazard. However, Flinn cautions that any animal in a poor, diseased condition, regardless of the cause, may be unfit for consumption.

Some deer deaths from hemorrhagic disease may occur every year, mostly during August and September. These minor outbreaks tend to go unnoticed because carcasses quickly decompose and are scavenged. During drought years, outbreaks tend to be more significant.

“Significant outbreaks have mainly happened during droughts, with past ones being in 1980, 1988, 1998 and 2007,” Flinn says. “Outbreaks tend to occur in larger numbers during droughts because deer, and the biting flies, congregate near the fewer water spots. This increases the likelihood of the disease spreading. Freezing temperatures will mean an end to the biting fly and the disease outbreak.”

As of mid-September, MDC has received reports of approximately 2,800 dead deer from throughout most of the state, with HD being the suspected cause. MDC has received few if any reports from counties in the southeast. Osage County has been hit the hardest with 193 reported deer. Other counties with high counts are Benton with 116, Randolph with 107, Morgan with 92, Clay with 81, Monroe with 80 and Texas with 75. Reports within these counties tend to be localized to specific areas.

Flinn adds that there will be local impacts this hunting season, but the overall hunting outlook remains good, and deer numbers in impacted areas should rebound pretty quickly.

“However, if local deer populations have been significantly decreased due to HD, reduced harvest pressure on does will help the local population to recover,” she says.

HD is not related to chronic wasting disease (CWD), which has been documented in 11 captive and five free-ranging deer in Macon County.

Most deer infected with HD tend to die within one to three days. Typical symptoms include fever, excessive salivation, swollen neck, swollen tongue or swollen eyelids, and reduced activity. Because sick deer are feverish, they are often found near water.

Not all deer die from the disease. In severe cases of past outbreaks, up to 40 percent of local deer herds have been lost in some areas of Missouri.

There is no cure or vaccine for HD. Not much can be done to stop the disease from running its course through local whitetail populations, but reports of dead deer can help MDC biologists determine impacts of the disease on deer numbers in specific areas.

“If you find a dead deer and the cause of death is not apparent, report it to your local conservation office or agent,” Flinn says.

The most common evidence that deer have survived the disease is sloughing, or cast and regrowth of the hooves.

“Their hooves are rough and may regrow much like a fingernail regrows after falling off,” Flinn says. “The deer are generally in good shape, and the hoof problem is simply a residual effect of the disease. In some cases, the deer have sores on their tongues, dental pads or insides of their cheeks. Their health may vary from excellent to poor depending on the degree to which the sores affect feeding.” 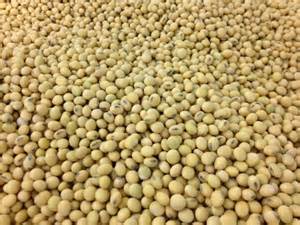