QC Supply is an international distributor of poultry, livestock, and other agricultural goods.  The company will be located in the former Instrumental Influence building, located on South Limit Avenue.  The company plans for more than $1 million in capital investment.

Three employees have been hired, but the company plans for between eight and ten in the next two years.  “And maybe in six or seven years, as many as 15, depending on the climate there.  The agricultural climate,” said Kitt.

The center will open once renovations to the building are completed, which is expected in mid-June.

Economic Development Sedalia-Pettis County and The Missouri Department of Economic Development (DED) announced today (May 9) that QC Supply, an international distributor of agricultural goods, will open a new distribution center in Sedalia. The Schuyler, Neb. based company sells livestock equipment and supplies and provides installation of specific lines of products for livestock and poultry equipment. Mr. Lonnie Kitt is President of the company.

The expansion will include a capital investment of $1,120,000 and is expected to bring nine new full-time jobs at an average wage of $35,556 in addition to new Distribution Center Manager, Mr. James Sampson.

Founded in 1982, QC Supply, offers thousands of brand names and a wide variety of products for agriculture, poultry, livestock and commercial use, as well as hard-to-find products. QC Supply also has its own, patented line of clothing (Five Rock), fans (Durafan) and heaters (Scorpion). They employ in-house technical support experts trained in a variety of products to answer technical questions, aid customers in product selection and provide support after the sale.

Opening a new distribution center in Sedalia will put QC Supply nearer to some of its major clients. The Sedalia facility, to be located at 2700 South Limit, is slated to open in mid-June.

To assist QC Supply with its expansion, the Department of Economic Development have authorized a strategic, performance based, economic incentive package that the company can receive if it meets strict job creation and investment criteria. 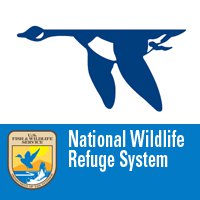