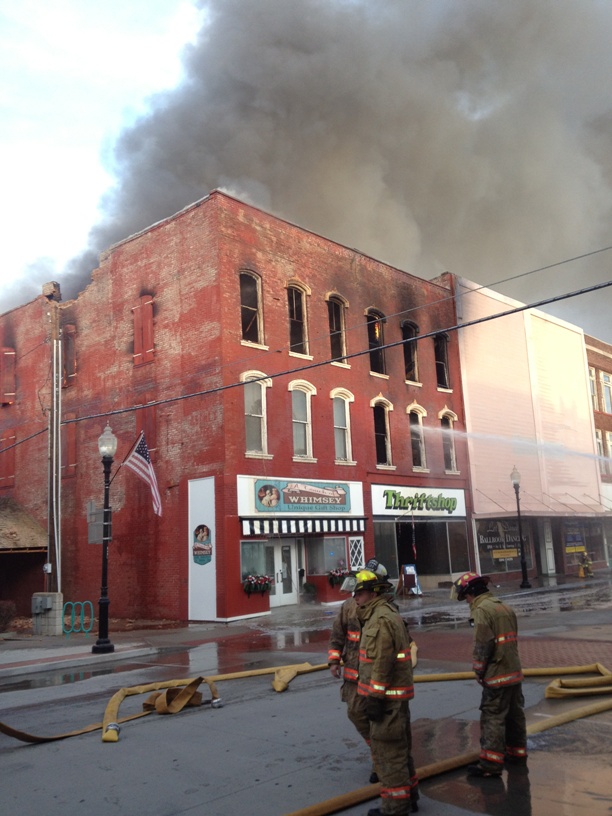 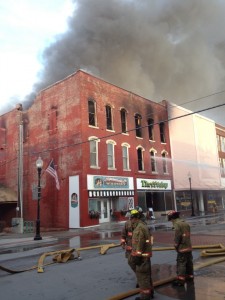 Image Courtesy of the City of Sedalia

The blaze consumed two 100-year-old structures in the 200 block of South Ohio Street before it was brought under control.  No one was injured.  Large equipment has been brought to the scene to raze the two structures in order to minimize the threat to public safety.