CLAY COUNTY, Mo. — A hit-and-run crash on Interstate 29 left a pedestrian from St. Joseph in an area hospital Sunday evening.

According to a report from the Missouri State Highway Patrol, the driver of an unknown vehicle struck the rear of a vehicle which was stopped in the right lane of traffic  on I-29 northbound, just south of the 2.6 mile marker around 6:38 p.m. Sunday due to an unrelated incident.

A passenger in the stopped vehicle, identified as Jesus Rivera, 17 was also struck when the unidentified driver collided with the parked car.

After the incident, the unknown driver sped away from the scene of the crash.

Rivera sustained moderate injuries when he was struck, for which he was taken to North Kansas City Hospital for treatment.

The investigation into the driver of the delinquent vehicle is ongoing. 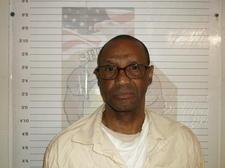