The late-week pressure through the complex may continue to draw light to moderate pressure in some livestock futures. There is expected to be a combination of short covering, which could spark some buying support early Monday.

The late-developing cash cattle trade Friday has many feeders hoping that this is not the development of a summertime trend. Light trade is expected to have taken place through both the South and the North with prices listed at $120 per cwt live and $195 per cwt dressed basis. This is $2 lower than the previous week. The expectation that a large amount of formula-based contracts are keeping packers supplied with cattle may help to keep packers needs fulfilled through part of the week. Monday morning activity is expected to be filled with inventory taking and show list distribution, as both sides begin to restart the routine. Live and feeder contracts should open mixed with a combination of short covering and early week follow through pressure developing.

The softness in cash values at the end of the week may start to limit the aggressive support developing across the complex. But traders remain focused on the tightening supplies available to packers which may cause packers to become more aggressive early in the week. The fact that packers had very little need to aggressively fuel end of the week procurement needs due to light Saturday runs may explain pressure Friday. But with most packers focusing on steady movement through the week, it may be difficult to attain enough hogs without aggressively pushing prices higher. Lean futures are expected to open mixed and support in pork cut outs may be countered with pressure in nearby contracts.

Most grains are lower early Monday, led by losses in November soybeans after Iowa and nearby areas received less rain over the weekend than was forecast Friday. Kansas is ready to begin harvesting wheat, but rain Monday and Tuesday may cause temporary delays.

Crude oil is steady to higher while G-8 members discuss their approach to the conflict in Syria. Dow Jones futures are higher ahead of this week’s two-day Federal Reserve meeting. The Dow Jones Industrial Average closed 105.90 points lower Friday at 15,070.18. The overnight session saw the Dow Jones futures trade 128-points higher early Monday, indicating higher prices for U.S. stocks later in the morning. The overnight crude oil market was $0.61 higher at $98.46 while Brent crude was $0.32 higher at $106.25. The August gold contract lost $2.30 to close at $1,385.30, while the U.S. dollar index gained 0.07 at 80.92. Soybeans at the Dalian Exchange were slightly lower while Malaysian palm oil contracts were higher. 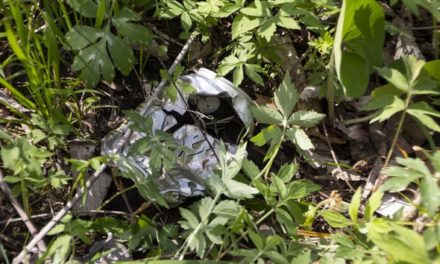 Supreme Court ruling a win for the constitution