7th District Representative Mike Lair along with vice president of the Missouri State Board of Education Peter Herschend made an appearance in Chillicothe on Friday.  Click to hear KMZU’s Chelsea Wade talk to Lair:

According to Lair, one of the initiatives is a bill he introduced in the House.  “It is an attempt to give state school boards the flexibility necessary to deal with failing school districts,” said Lair,” As current statute reads, they have to wait two years before they can go in and help.  Basically this bill would give them flexibility to decide rather to go in immediately or actually wait the two years.”

The second item concerns the very youngest of students.  “It’s an early childhood education piece,” said Lair,” It allows for school districts to begin a per-kindergarten program and to get funding according to the formula on the same level as they do for the other grades.  All the research we have seen over the past couple of decades says the younger children are when they start to learn, the more successful they will be in their education.”

Lair is expected to continue his work on the education committee when the House reconvenes. 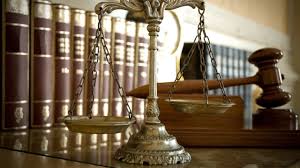 No charges expected for shooting in Douglas County