As the U.S. Department of Labor pushes to restrict the ability of youth to do farm work, those close to the land are beginning to fight back. Historically, family farms have been exempted from such rules, but Representative Tom Latham of Iowa has expressed concerns that a new proposal could be interpreted to exclude operations that are partly owned by extended family members such as grandparents, aunts or uncles.

In response, Latham has authored and introduced bipartisan legislation that expresses the sense of Congress that “the Secretary of Labor should recognize the unique circumstances of family farm youth and multi-generational family partnerships in agricultural operations when drafting regulations under the Fair Labor Standards Act. Oklahoma Representative Dan Boren is co-sponsoring the legislation. Latham is looking for additional input from farmers and agricultural groups such as FFA and 4-H on the topic and expects to introduce additional legislation after Congress reconvenes next year that will update U.S. code to reflect the realities of modern farming. 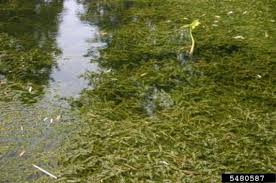 Help stop the spread of hydrilla