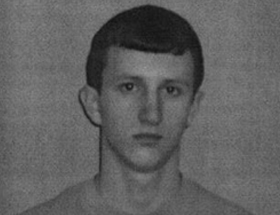 A Hardin man entered a guilty plea in court this afternoon after a plea deal was reached.  Jeffrey Ellis, 18, was accused of sexually assaulting a classmate and charged with two counts of forcible sodomy following an alleged incident in the Hardin-Central locker room in 2011.

In the deal, Ellis admitted to one count of felony assault in the 2nd degree.  In court, he said he attempted to cause physical injury to a Hardin-Central classmate by striking him with a water bottle in the locker room.

Ellis is scheduled to be formally sentenced on April 18th at 3:00 p.m., after a sentencing assessment report has been filed.  If the judge orders him to probation, the terms would prohibit contact with the victims, would require him to testify truthfully during a trial in a related case, and serve ten days shock incarceration.  However, these recommendations have not been accepted by the judge at this time.

A second person charged in the case, Randy Estenbaum, 18, is next scheduled in court on May 17th.  He will go before a jury in June.