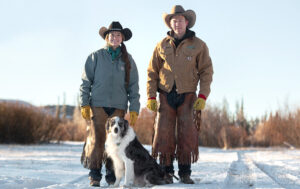 Flint with owners Beth and Rhett Crandell is the 2020 Farm Bureau Farm Dog of the Year.

WASHINGTON — Farm Bureau is known for recognizing America’s farm families annually at county and state fairs. But man’s best friend is getting their due, as the organization seeks nominations for 2021 Farm Dog of the Year. Terri Moore, American Farm Bureau Federation Vice President of Communications, tells how the contest recognizes farmers’ and ranchers’ companions while giving the public a glimpse at life on the farm.

“Less than two percent of the population now has a direct connection to agriculture. And we’ve never had higher interest in the food supply and where food comes from, thanks to Covid,” Moore says. “And for those who love animals, they come upon this, they see both how farmers and ranchers love their pets, but get to learn a little bit about agriculture in the process.”

The criteria to enter is simple, Moore says. The contest, sponsored by the American Farm Bureau Federation and Purina, offers cash prizes – and you guessed it, dog food.

“It’s really a fun way to highlight the important role of dogs on farms and ranches. The idea is to celebrate farm dogs that work alongside the farmers and ranchers. And the criteria are they should be helpful, playful, obedient and good companions. The grand-prize winner gets $5,000 and a years’ supply of dog food. And then, we’ll have four regional runners-up who each get $1,000,” she says.

The contest, now in its third year, gets a lot of looks online where folks can vote for the People’s Choice Pup Award.

“So, we take the top ten contestants in the Farm Dog competition and we profile them on our social media channels and give anyone and everyone the chance to vote. And the winner gets bragging rights, which are important, and $50. The interesting thing is, last year we had more than 100,000 votes,” she says. “What a great way to connect the general public to the role of dogs on farms.”

The deadline for entries is Aug. 20.  Submit nominations by clicking on this link. 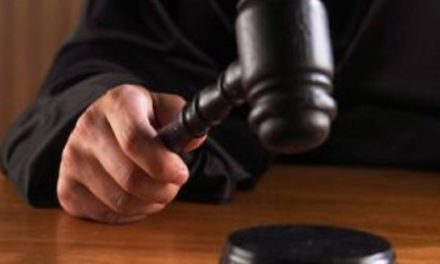