COLUMBIA, Mo.—The Missouri Master Farmer Award Program named three winners in the class of 2010-2011.
William “Bill” Masters, Cape Girardeau Bill Masters learned genetics shadowing his father on their stock farm.  That knowledge helps boost beef cattle and crop production on the Masters
Farm.  Bill traveled hundreds of miles with his dad, looking for the best bulls.  Now he studies catalogs from artificial-insemination (AI) studs.
The Masters family, including mother, Mary, and sister, Marti, raise and market Show-Me-Select Replacement Heifers. They were consignors in the first southeast Missouri sale at Fruitland in 1998. Now, they sell only AI heifers out of AI cows bred to high-accuracy sires.
Dave Patterson, MU Extension beef specialist, says Masters Farm is a “working model for beef producers in Missouri and across the U.S.”  Since 2004, they’ve sold 191 Tier Two heifers that averaged $1,551 in the Southeast Missouri sale.  Masters figures AI heifers bring a $135 premium over natural bred.
Masters discovered the added value in the heifers’ steer mates. To collect their full value, he feeds and sells the steers on the U.S. Premium Beef alliance grid.
With help of Gerry Shinn at Performance Blenders, Jackson, Mo., Masters benefits from premiums based on carcass quality. Last year, they sold 70 steers on the USPB grid. The carcass sheets show 100 percent Choice or better and 39 percent Prime. Quality premiums add more than $130 per carcass.
Masters also uses improved genetics on his corn and soybeans.   A big challenge facing the Masters family farm is urban encroachment.
“We work with our neighbors as much as possible,” Bill says.  “We need to get along. Otherwise, no one is in a very good mood.”

Rick Rehmeier, Augusta
Proud to be the fifth generation on a family farm, Rick Rehmeier, Augusta, Mo., serves his heritage and agriculture. That heritage goes back to the 1850s, when Rick’s great-great-grandfather and a brother
emigrated from Germany and settled in St. Charles County.
The farm started with a few pigs, cows, hay, corn and grain.  Rehmeier Farms Inc. has changed to keep up with the economic and social climate in the 21st century. Rick raises hogs, increasing the production
to more than 20,000 hogs marketed per year. The Rehmeiers now have four swine units.
They also added 300 acres of crop ground. This expansion made room for three members of the sixth generation of Rehmeiers – Rick’s son, Eric, and his brother Dean’s two sons, Nick and Brian.
The home place of 600 acres faces growing St. Louis urban encroachment.  To get along with neighbors and enhance environmental stewardship, the farm has moved all aboveground manure lines to below ground level.  Rehmeier has also developed new nutrient management plans.
Technological and management advances are being fully utilized to help this family farming operation stay efficient. Most crops are grown on Missouri River bottom ground. Rehmeier rotates corn, soybean and wheat fields and works to maintain fertilization. Corn yields averaged 165 bushels; soybeans, 55 bushels; and wheat, 60 bushels over the past five years.  For Rehmeier, it’s about continuing the farming tradition.
“It’s important to me to carry on the dream of my parents, Layton and Dera,” he says. “It’s satisfying to see my son and nephews working alongside me now.”

Greg Wade, Stewartsville
A sound business mind is important in today’s competitive agriculture industry, but passion, cooperation, tenacity and vision separate Greg Wade from other farmers.
Wade describes why he chose farming as a vocation as a young man of 18: “I just plain love it!”
Two sons, Nicholas and Brice, joined as partners at Wade Farms in 2003.  Wade encourages their thoughts and ideas.  They have built one of Missouri’s largest grain crop operations.  Wade’s track record of hard work and perseverance started in 1973  on his parent’s northwest Missouri farm. His first step was purchasing 10 bred Holsteins to start a dairy, then adding hogs and eventually switching to row crops.
Mark Macrander has known Wade for 15 years – first as agronomist with Pioneer Hi-Bred and now with National Starch, Kansas City, where Wade Farms sells its corn. “Greg has always been one of the most
innovative and enjoyable growers I have worked with,” Macrander says.
Wade and wife, Vickie, say they feel blessed to be a part of Missouri agriculture and to have two sons as partners. “In today’s economy it’s gratifying to see that hard work and adoption of new technology pays off,” he says.  All corn grown by Wade Farms is a specialty waxy corn. Greg strives to stay in the top 1 or 2 percent of yield. He does that with grid sampling, fertilization and hybrid selection based on soil type.
Wade plans to leave his land in better shape for the next generation.
“We want to keep this a family farm business,” he says.

Markets React to Lack of Rain

USDA surveys in the mail 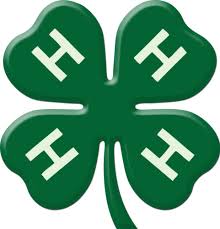