Advisor Shawn Coats says a few members of the Braymer chapter will be on-hand at the event.

One of those attending is state degree recipient Logan Kelly who will also step on stage to claim his proficiency award in Diversified Crop Production.  .

Kelly says his interest in grain production is a family trait..

Senior Ty Coats will also have a couple opportunities on stage.  He’ll receive his state degree and compete for the overall award in poultry production.  According to Coats he keeps the flock reasonably small.

Selecting the animals has worked well.  At the 2011 State Fair coats had the reserve grand champion pen of chickens.  The birds were auctioned off during the Sale of Champions for 12-hundred dollars.
Chapter Reporter Melanie Dinwiddie has also been an active member through her four years in high school.

As a whole, the organization works to instill an appreciation of serving one’s community into it’s young members.  After graduating from school next month Dinwiddie will start down a path with that desire in mind.

The Missouri FFA Association has 25,760 members, ranking fourth in membership. 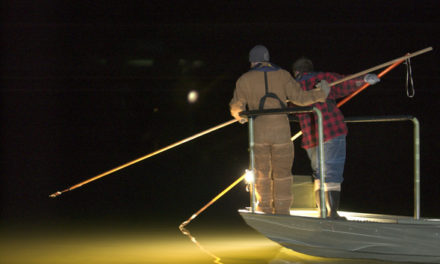