COOPER COUNTY, Mo — The Missouri Highway Patrol is reporting that an arrest at 12:50 a.m. Sunday resulted in a number of charges for a resident of Boonville.

An arrest report from the Highway Patrol indicates that Richard C. Huffman, 44, of Boonville, was taken into custody early Sunday morning for allegedly possessing drugs.

He is charged with felony possession of methamphetamine, misdemeanor possession of 10 grams or less of marijuana, unlawful possession of drug paraphernalia, as well as driving while revoked and not wearing a seat belt.

He was taken to the Cooper County Jail and incarcerated on an investigative hold. 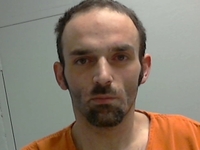