An abandoned two-story farmhouse east of Hardin burned to the ground Tuesday night. Firefighters battled the blaze for about two hours as high winds fueled the flames. The home was located about six miles east of town near East 80th Street. Click to hear KMZU’s Chelsea Wade talk with Malcolm Cunningham, the Chief of the Hardin Fire Protection District:

Multiple agencies responded to assist Hardin in battling the blaze including Richmond, Norborne, Orrick and Wood Heights. The structure appeared to be a total loss. The cause and estimated damage could not be determined at this time. No injuries were reported.

Conflict of interest cited in request to court in Linn County 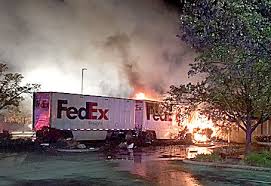