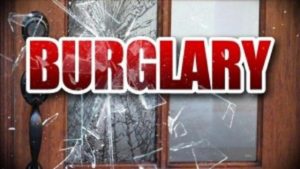 According to the Marceline Police Department, Jeromy Fainter, 29, is facing 1st degree robbery and 2nd degree burglary. A probable cause statement says Fainter threatened a female victim with gun in a parking lot of a Dollar General. He then reportedly threatened to shoot anyone in the parking lot if the victim decided to run.

The victim ran from the scene and Fainter was located later at an apartment he doesn’t live in. A bond hearing is set for Feb. 6 at 1 p.m.