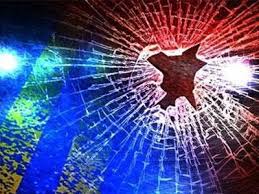 The Highway Patrol responded to a crash near MO 58 west of SW 701 Road.  According to a crash report, an over-correction after leaving the right side of the road caused the vehicle to overturn, hitting a fence and two trees.

Zachery S. Stewart, 18, of Higginsville was the driver of the vehicle.  Stewart and a passenger,  Lisa A Eckes, 40, of Warrensburg suffered serious injuries and were taken to Research Medical Center for treatment.  Stewart was taken by air ambulance.  Also injured in the crash were Courtney E. Hoag, 21, of Higginsville and Carol A. Mitchell, 30, of Holden.  They were treated for moderate injuries at Research Medical.