In basketball action across the area last night, the games heard on 103.9 FM KRLI started out with an overtime thriller in the girls game between Northwestern and Hardin-Central. Megan Spiechinger hit a three pointer as time expired in regulation to send it to the extra stanza. And then she continued on from there, hitting 2 more tres in the overtime period and finished the game with 27 points. Mallory Gardner had 18 and Sarah Jo Benedict had 17 to help the Lady Eagles in their win. The Hardin-Central Lady Bulldogs were led by sophomore Olivia Ellis with 17 and Beth Milligan with 13 points in the losing effort. The boys contest saw the Northwestern Eagles be a victim of circumstance, getting in early foul trouble with a short bench. The Hardin-Central Bulldogs powered their way to a 51 to 37 win in the boys game led by Cole Leaky with 16 and Colton Layman with 15. The Eagles were paced by Junior Luke Sanders who finished with 18.

The double header on 101.3FM The Grenade featured the Carrollton Trojans playing host to the Santa Fe Chiefs. In the girls game, 7 different Lady Trojans scored, Tiera Winn with 13 and Erin Thoeni had 10 in the 57 to 38 victory over Santa Fe who had 8 players score with none in double figures. The boys game was a hard fought battle with the Trojans winning it by a score of 58 to 46. Carrollton Senior Luke Pollen had 20 points and Brandon Eschenbaugh had 18 in the win. Travis Zahl’s Santa Fe Chiefs were led by Senor Cody Schmidt with 12, Andrew Curry and Ross Heimsoth both chipped in 8 in the losing effort.

Other scores reported from around the area in girls action Windsor got past Stover 46 to 33. Fayette beat Smithton 50 to 35. St. Paul Luthern slipped by Odessa in overtime 35 to 32. The Kearney Lady Bulldogs beat Liberty North easily 50 to 30.

Just one other boys score reported as Coach Chris Kendrick’s Fayette Falcons soared past the Smithton boys 77 to 47.

Ricardo Ratliffe and Michael Dixon had 18 points each and No. 10 Missouri shot 60 percent from the field in a 104-67 rout of the Kennesaw State Owls last night. Marcus Denmon added 17 points and Phil Pressey had nine points and 10 assists for the Tigers (10-0), unbeaten after the first 10 games for the first time since an 11-0 start in 1991-92 after running its homecourt non-conference winning streak to 65. It’s Pressey’s third time in double-figure assists this season. Freshman Delbert Love had a career-best 27 points with five 3-pointers for Kennesaw State (2-6), which faced a Top 10 team for the second time in school history and has lost four straight.

The play has become a Green Bay Packers staple: Aaron Rodgers drops back, lofts a pass down the sideline and one of his talented receivers turns around at precisely the right time and hauls it in around the unsuspecting cornerback.
The back-shoulder fade may be the most difficult play to defend in the pass-happy NFL. Rodgers and Green Bay do it better than anybody. The Kansas City Chiefs acknowledge the difficulty in stopping it, and they say they’re going to do everything possible to at least slow it down. That could mean exotic blitzes and physical play at cornerback — whatever it takes to slow down Rodgers’ pinpoint accuracy. Says defensive back Travis Daniels: “They kind of perfected that pretty good.”

Turner Gill is the new football coach at Liberty. Gill was fired Nov. 27 after just two seasons under a 5-year contract. He takes over a program coming off six consecutive winning seasons under Danny Rocco, who left after the season to take the top job at Richmond in the powerful Colonial Athletic Association. Gill took the job with the Jayhawks after what was considered remarkable success at Buffalo. He took over a team that had won on 10 of its past 79 games and went 20-30 in four seasons, and won the Mid-American Conference title in 2009. His teams struggled at Kansas, winning just five times in 24 games. They won only one Big 12 Conference game, beating Colorado, and the Buffaloes reacted by immediately firing their coach. 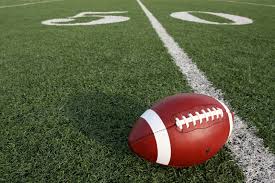