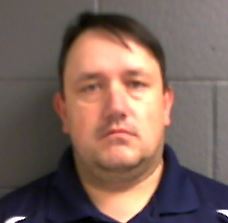 A Callaway County resident is being held on a $50,000 bond for sex crime allegations.

A release from the Boone County Sheriff’s Department Cyber Crimes Task Force indicates Malcom Buckner, 44, was brought into custody Wednesday, December 9, 2015, after a search warrant was served at his Fulton residence, located at 7840 Cedar View Drive.

An investigation into Buckner’s actions began in July of this year when the Boone County Sheriff’s Department received multiple tips from the national center for missing and exploited children reporting a Fulton resident uploading child pornography with victims as young as four years old to many different e-mail accounts.

He is now charged with possession of child pornography, over 20 images – a class B felony.

Prior Offender Arrested in Clinton Co.