Gas produced by livestock manure will be converted into renewable energy

MISSOURI – Roeslein Alternative Energy has begun a $120 million dollar project to turn the gas released from hog manure into renewable energy. The goal of this project is to use an impermeable covering over the 88 livestock waste lagoons at Smithfield Foods’ to trap the methane gas released by the manure; purify said methane and pump the gas into the national pipeline grid to be used as a renewable resource.

Sheldon Ripson, a communication representative for Roeslein explains in an interview with KMZU’s Ashley Johnson, the process and the benefits of the project.

Roeslein made an agreement with Smithfield Foods’, the largest hog finishing plant in the Midwest located in Albany, Missouri, to cover all of the livestock waste lagoons at the 9 farm locations with an impermeable covering.

This impermeable covering will keep the methane gas from escaping, as well as keep rain from entering the lagoon and perform odor control by trapping the odors released from the manure inside the covering. The placement of these coverings on all 88 lagoons is considered phase one of the project. Ripson reports that this portion of the project is over half way completed.

Ripson explains that phase two consists of pumping the retained methane into a pipeline that runs through one of the nine Smithfield farms, allowing the converted and purified methane gas to be injected right into the national grid system and be used as a renewable resource. The methane that is produced by the anaerobic breakdown of the livestock’s nitrogenous waste is approximately 70% pure; this methane is further purified to be an exact methane molecule before it is injected into the pipeline.

Many people would consider the manure a waste product, but Ripson, explains the benefits of using it as a renewable form of energy. First, the methane gas isn’t released into the atmosphere as it previously was; value is being derived from a material that is typically wasted; a form of a renewable and sustainable resource is created; and jobs are created for the production of this renewable resource.

Ripson says farmers are going to benefit from this project as well from the additional revenue they will be able to collect from selling their natural gas to the pipeline. 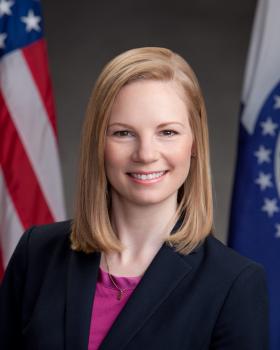 MoDOT urges motorists to be alert, slow down for mowing crews