George LaParde served for 21 years in the United States Army.  He enlisted in the mid 1960s and he would spend several months in basic training at Ft. Dix New Jesery.  From there, LaPrade would go on to Ft. Gordon in Georgia to receive specialized training as a military policeman.  He would later be assigned to White Sands Missle Range in New Mexico.  In 1966, LaPrade would land at the Tan Son Nhut Air Force Base in southern Vietnam.  Click to hear KMZU’s Chelsea Wade talk with LaParde: 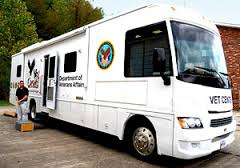 VA mobile service to be provided at Marshall Wal Mart