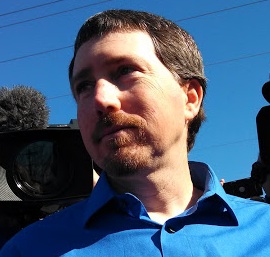 A Chillicothe resident is seeking testimony from the Missouri Governor. Mark Woodworth was released from prison on bond in mid-February after the Missouri Supreme Court vacated his prior murder convictions in the shooting death of his neighbor Cathy Robertson in 1990. Attorneys for Woodworth on Monday filed a legal motion seeking to depose Nixon. Nixon previously spent 16 years as Missouri attorney general and Woodworth’s attorneys want to learn more about Nixon’s oversight of former state special prosecutor Kenny Hulshof. Woodworth’s 1995 conviction for shooting Cathy Robertson was overturned on appeal. A second jury found him guilty four years later and sentenced Woodworth to life in prison. Just last week Platte County Circuit Judge Owens Lee Hull Jr. ruled that a bullet removed from the victim and the gun Woodworth allegedly used could have been improperly handled by a private investigator and should be disallowed in a third pending trial. Last Friday Missouri Attorney General Chris Koster’s office reported it would appeal Hulls ruling.