Dr. Randall Williams said Gov. Parson is asymptomatic and the Department of Health and Senior Services will begin contact tracing. 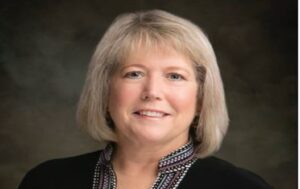 Teresa Parson had been showing symptoms that included a cough and nasal congestion, spokeswoman Kelli Jones told the St. Louis Post-Dispatch. She took a rapid test that came back positive and was awaiting results of a nasal swab test to confirm the finding.

The governor also was tested and was awaiting results, Jones told the newspaper. She did not immediately respond to phone and email messages from The Associated Press.

Gov. Parson postponed several events this week, Jones told WDAF-TV in Kansas City. Teresa Parson has been traveling with her husband this week for several events, including a ceremonial bill signing in Cape Girardeau where a photo posted Tuesday on the governor’s Facebook page shows both of them wearing masks.

Parson has repeatedly urged residents to wear masks and maintain social distancing, but he has been an outspoken opponent of mask mandates, often appearing at functions without one. In July, speaking without a mask at a Missouri Cattlemen’s Association steak fry in Sedalia, he reiterated his stance.

Parson’s opposition to masks has held strong even as the White House Coronavirus Task Force has recommended a face covering requirement in Missouri given the state’s escalating number of confirmed cases. When Parson allowed the state to reopen for business in mid-June, about 16,000 cases had been confirmed. That number has now grown by nearly 100,000.