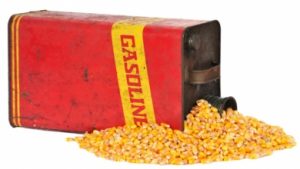 A letter signed by coalition chairman, Nebraska Governor Pete Ricketts, asked the Trump Administration to change the fuel volatility limitations placed on E15 in current law, according to DTN. For years, the ethanol industry has called on the Environmental Protection Agency to equalize the Reid vapor pressure, or RVP, regulations for E10 and E15 during the summer driving season. Because of those requirements, E15 has largely not been available to some wholesale suppliers and retailers who receive only E10 blends.

The governors also asked the administration to update corn ethanol’s lifecycle carbon emissions profile to reflect advances in ethanol production technology, and said the EPA should enforce the Renewable Fuel Standard as approved by Congress. The coalition includes governors from 21 states throughout the U.S.

Parker Hammond – Ag In The Classroom

Weekly Review of The Markets