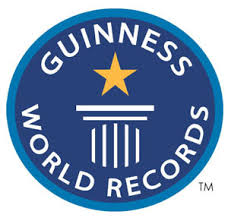 Dave Miller, a Grain Valley resident, after watching a Guinness Book of World Record show last year, came to the conclusion with the help of his girlfriend’s son that he was going to try and break a world record for clay target shooting in one hour.  But there was a twist to it, when he ran the idea by his friend and business contact, John Linquist of Pheasants Forever, Linquist gave him the idea to do it to benefit the youth program No Child Left Indoors started by Pheasants Forever to help introduce kids to the outdoors and initiate an active lifestyle to help combat childhood obesity.

Miller also works at a gun manufacturer called CZ-USA in Kansas City, Kansas and he works on the marketing team for CZ-USA, in charge of special events and big trade shows. He is also the shotgun product manager.  Miller and Linquist told the Pheasants Forever chapters across the country that if they pledged $350 to $5,000 for the record attempt, that CZ-USA would donate guns based on their level of money donated for the youth program. 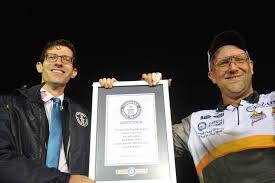 After an email to Guinness on May 13, 2014, Miller actually set the record a little more than a year later this last May on the 16th at the Heartland Trap and Skeet range in Harrisonville, MO. Miller shot down 3,653 clay targets on May 16, breaking the mark that Guinness had set at 3,000 after lengthy research on the subject and establishing a set of rules for Miller to follow.

When Miller got the go ahead last year from Guinness they established that he had four practice rounds to prepare, in November and December of last year and in March and April of this year.  May 16th rolls around and 500 plus people fill the trap and skeet range in Harrisonville. He was able to get through with the help of 60 volunteers as Guinness representative Alex Angert looked on with his clicker. He shot 20 CZ 712 target semi-automatic shotguns and 10 CZ 912 semi-automatic shotguns outfitted with magazine extensions from Nordic Components that allowed him to shoot 16 rounds instead of five normally. MEC Shooting Sports provided the clay trap throwing machines.  Volunteers reloaded as he shot away from his hip instead of his shoulder as many clay target shooters do.

Miller hit a target hit every .985 of a second while firing gun every .82 of a second on average to get the record. He shot 4,402 times, hitting 83 percent.  Miller also was able to raise nearly $80,000 dollars for the No Child Left Indoors program when all was said and done. 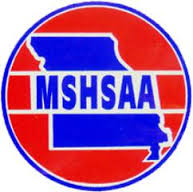 Classes 1, 2, and 3 boys teams reach the quarterfinals round of State