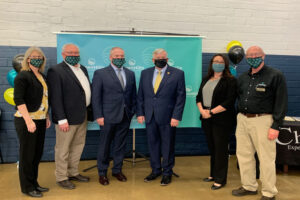 CHILLICOTHE — A new technological development is arriving to Chillicothe.

On Tuesday Green Hills Communications made the announcement as a part of its plan to use fiber optics to expand broadband to 400 locations in Livingston in Caldwell counties, the City of Chillicothe would be receiving 10 gigabytes network to help further rural broadband expansion. Green Hills General Manager David Adams explains just how big of a deal this deal is.

A celebratory event was hosted at the Sliced Bread Innovation Center. Green Hills staff, Livingston County and Chillicothe officials and Gov. Mike Parson were in attendance. Livingston County Presiding Commissioner Ed Douglas explains the significance of making the official announcement at this location.

City Administrator Darren Chappell used his time on the podium to describe the effort he’s put in to help bring this innovation to the city.

Citing the pandemic, Parson explains how necessary expansion is for the future of Missouri.

Adams says more projects to expand broadband in the area are underway. Recently a survey was sent to local businesses in Carrollton gauging interest in picking up service from Green Hills. Adams confirms the city is on its list of areas to help next.

In its years of service, Green Hills has invested $20 million in network expansion across its 10-county region, according to Adams. The Chillicothe project is funded through a private investment of $5 million. Any future investment would follow the same formula.

Chappell extended his thanks to all the entities that were supportive of the efforts. 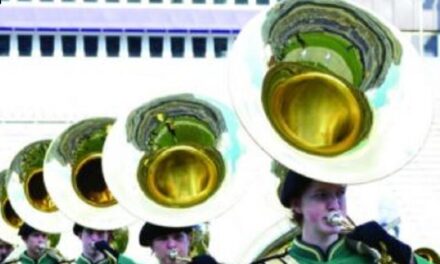