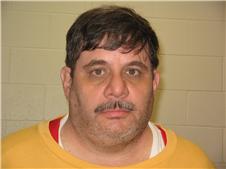 A Fulton man accused of robbing five Missouri banks entered a plea of guilty in federal court Monday.  According to the Acting United States Attorney, John Farnell, 61, admitted to holding up facilities in Chillicothe, Cuba, Moberly, Rolla and Sedalia and stated that he used a firearm in each of those incidents.

Farnell will be sentenced at a later date.  He could see up to 25 years in federal prison without parole and a fine of up to $250,000.

Press Release from the Office of David Ketchmark, Acting U.S. Attorney for the Western District of Missouri:

John David Farnell, 61, of Fulton, pleaded guilty before U.S. Magistrate Judge Matt J. Whitworth to the charge contained in a June 9, 2010, federal indictment. Farnell is currently serving a federal prison sentence in a separate bank robbery case that was prosecuted in the Eastern District of Missouri.

Farnell pleaded guilty to stealing $11,540 from Excel Bank in Sedalia, Mo., on Aug. 10, 2009. Farnell entered the bank carrying a green gym bag in his left hand and immediately approached a teller. He set the bag on the counter, retrieved a black handgun that had a long barrel and wooden grip, pointed it at the teller and instructed her not to make a sound. He told the teller to give him twenties, fifties and hundreds. The teller pulled the bills out of her drawer and put them on the counter. Farnell instructed the teller not to make a sound or move again, and then walked down to another window.

Farnell approached a second teller counter. He again placed the bag on the counter, displayed the gun, and stated, “I want all your tens, twenties, fifties, hundreds.” The second teller gave him all the loose bills, and Farnell asked, “Is that all?” The second teller responded, “No, I’m sorry,” and gave him the bundled tens and the twenties. Farnell exited the bank through the front doors, got into a white minivan and left.

On April 29, 2010, the First Community National Bank in Cuba was robbed. At approximately 11 a.m., a Missouri State Highway Patrol trooper stopped Farnell, who was traveling in a van that matched the description of the suspect vehicle involved in the bank robbery. During a search of the van, a Ruger .357 magnum revolver was recovered, as well as U.S. currency.

In a separate case, Farnell was sentenced in the Eastern District of Missouri on March 9, 2012, to 13 years and six months in federal prison without parole. Farnell pleaded guilty in that case to robbing First Community National Bank in Cuba, Commerce Bank in Moberly (on March 13, 2009) and Town & Country Bank in Rolla (on Dec. 18, 2009). He also pleaded guilty in that case to one count of possessing a firearm in connection with a crime of violence.

Under federal statutes, Farnell is subject to a sentence of up to 25 years in federal prison without parole, plus a fine up to $250,000. A sentencing hearing will be scheduled after the completion of a presentence investigation by the United States Probation Office.

This case is being prosecuted by Assistant U.S. Attorney Jim Lynn. It was investigated by the FBI, the Missouri State Highway Patrol, and the police departments of Sedalia, Chillicothe, El Dorado Springs, Rolla and Cuba, Mo.

Wolfner Library in Carrollton on Thursday 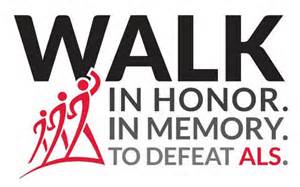