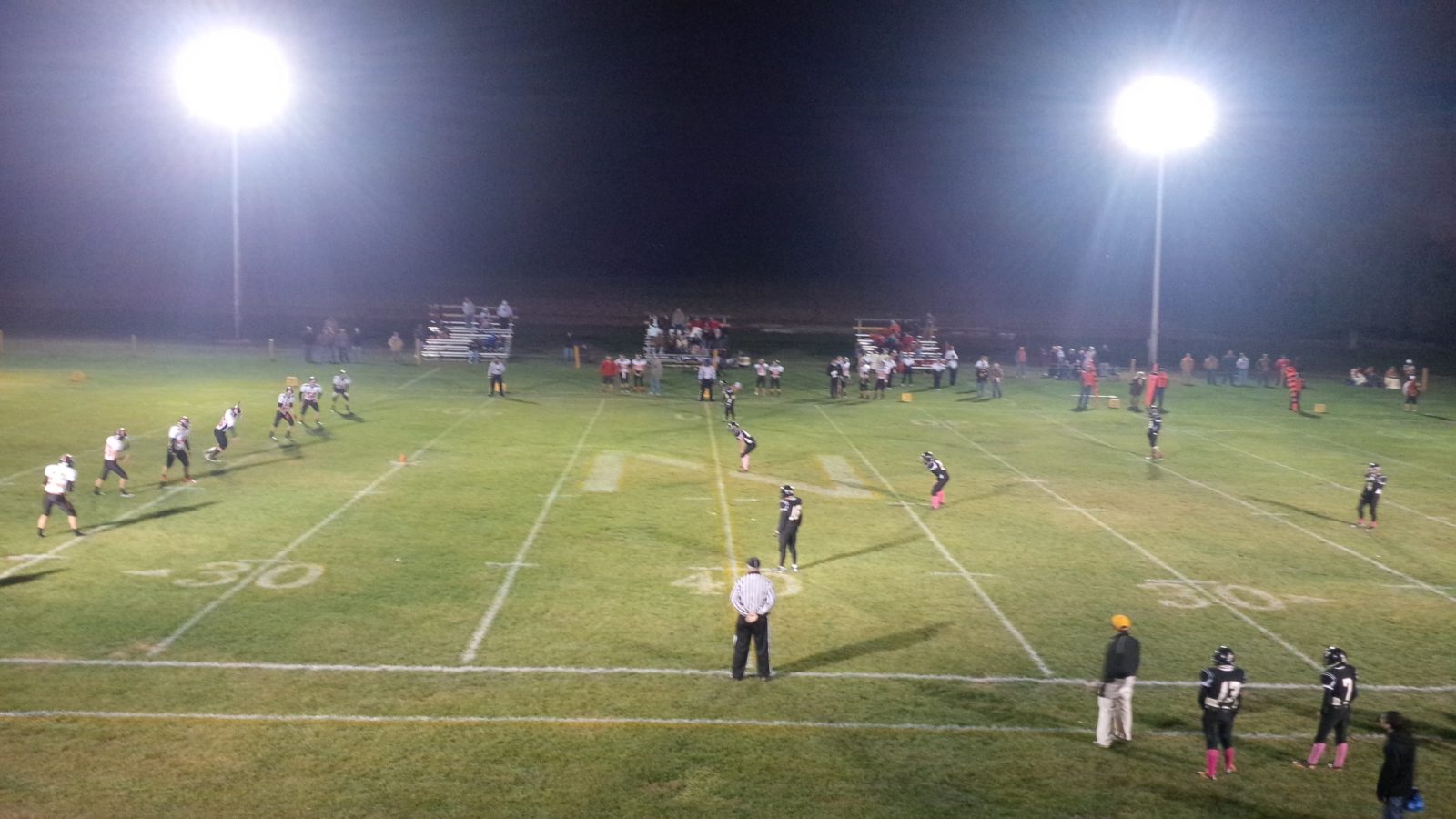 Week 9 of high school football included an 8-man match-up with the Hardin-Central Bulldogs at the Norborne Pirates.

The Bulldogs came into Friday night’s game at 7-1 and have outscored their last four opponents 322-98, so the odds were stacked against the 3-4 Pirates to say the least.

Hardin received the opening kick-off and started at their own 34 yard line. They would proceed to march down field for a 3:20 46-yard drive on a power running attack by Rhyler Estenbaum and quarterback Sean Utley. Estenbaum would cap it with a 25 yard run, and the Bulldogs would go up 8-0.

Norborne would have success moving the ball during the first half including a 35-yard touchdown strike through the air by Quarterback Tristen McNelly to make it 24-8 after two previous rushing touchdowns by Hardin’s Sean Utley. The sophomore play-caller hooked up with fellow sophomore Jakob McCoy. That touchdown though, came at the 2:50 mark in the first quarter and Norborne would not have time to relish the points.

After kicking off out of bounds and a short re-kick by Norborne, the Bulldogs would get a touchdown 25 seconds later on a 20 yard run by Estenbaum with 2:25 left in the first. That put Hardin up over Norborne 32-8.

The Pirates were never in the contest after that as Hardin would roll off six more touchdowns including a fumble in the end zone by the Pirates that was recovered for 6 by Senior Defensive lineman Chase Sims.

The other five final touchdowns in the contest were ran in, including two more by Estenbaum, one by Utley and one each by Senior Terry Barron and Sophomore Alex Collingham.

Hardin-Central will get a bye week and skip district play until week 2.

Norborne will have a short week to prepare for their district opponent before Halloween night. But, the Pirates, like all other teams across the state, start the post-season 0-0.