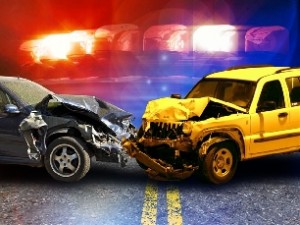 LAFAYETTE COUNTY, Mo.- The Missouri Highway Patrol has released the details of a head on collision reported by several KMZU listeners Tuesday night.

The crash occurred on Interstate 70 in Lafayette County near Bates City. A Dodge pickup driven by Samuel Ellis, 20, of Odessa, was traveling eastbound in the westbound lane when it was struck by a semi driven by Eric Brown, 53, of Daleville, Alabama.

After the crash, Brown’s semi caught fire and burned. Brown was uninjured but Ellis was transported to Centerpoint Hospital with serious injuries. The report alleges Ellis was driving while intoxicated, while suspended, the wrong way and without insurance.