MARSHALL, Mo – A KMZU listener advised of a situation at North Side gas station in Marshall, involving several official vehicles.

Witnessess state at least four police vehicles were seen at the gas station, with officers going in and out of the store during the 7 o-clock hour Wednesday, March 2, 2016.

Police may also have one person in custody, according to eyewitnesses.  That has not been verified by Marshall police, however, it has been confirmed that units were present at the scene, but police could not divulge any further information at this time.

Chillicothe Gets into the Season 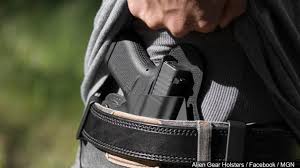