The Missouri State Highway Patrol is ready for a busier-than-normal weekend on the highways.  Click to hear KMZU’s Chelsea Wade talk with Sergeant Collin Stosberg:

“We’ve just announced we’re going to participate again in the 20-mile trooper project,” says Sergeant Stosberg,” We are going to have troopers assigned on heavily traveled roadways for instance I-70, I-29, Interstate 35, 470, and the U.S. highways as well.  We want to have troopers in close proximity of motorists requiring assistance.”

The Patrol also asks drivers to obey the speed limit, buckle up, and refrain from drinking and driving.

EMPHASIS:  Troop A Prepares For The 2012 Memorial Day Holiday Weekend Captain Robert L. Powell, commanding officer of Troop A, Lee’s Summit, announces increased enforcement during the Memorial Day holiday travel period. Over the past several years, the Patrol has experienced great success in traffic crash and fatality reduction efforts on the interstate highways with the 20-Mile Trooper operations on the heavily traveled holiday weekends. Once again, troopers will take part in the 20-Mile Trooper project on Friday, May 25, and on Monday, May 28, 2012 in an effort to promote safety and to reduce the number of crashes in the Troop A area.  This means Troop A will post a trooper every 20 miles on Interstates 70, 29, 35, and 470, and U.S. Highways 50 and 71.  The objective of the project is to place a trooper in close proximity of motorists who may need assistance and to aggressively enforce all traffic violations which may contribute to unsafe traveling conditions.

Missouri is currently experiencing a 16% increase in traffic fatalities compared to the same time period last year, and the Patrol is committed to reducing traffic crashes through our education and enforcement efforts.

“Our goal is to make traveling on Missouri’s highways safer for everyone,” stated Captain Powell. “Remember to do your part. Obey the speed limit, pay attention to the job of driving, always buckle your seat belt, and if you are going to drink, please do not drive.” Should you find yourself in need of assistance, or observe another motorist operating a vehicle in an unsafe manner contact your local law enforcement agency or contact the Missouri State Highway Patrol at 1-800-525-5555 or *55 on a cellular phone. 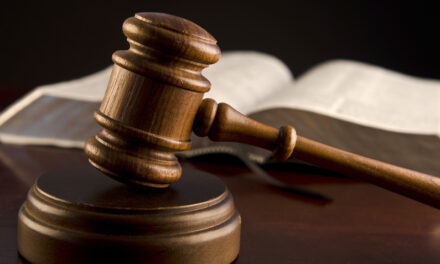