Update: A woman, along with one of her grown children and her boyfriend, were killed in Independence today during a home invasion. Police have listed Maria Hernandez, 48, her son Antonio Hernandez, 20, and Tomas Madrigal as this morning’s victims.   According to reports, two individuals entered the home located southeast of 23rd Street and Noland Road around 4:30 a.m. and started shooting.  At least two children who were in the home at the time escaped injury.  Police say they believe the shooters knew the victims, and robbery is thought to be the motive.

A KMZU listener has reported a shooting in the Independence area.  According to the caller, three people were shot during a home invasion  in the 1500 block of South PolkFriday morning.  The Independence Police Department is reportedly on the scene.  We will bring you more information as soon as it becomes available. 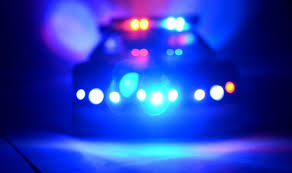 Cancellations and delays for Friday, February 23, 2018