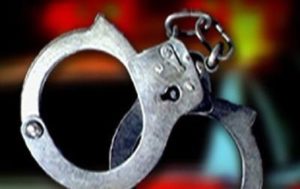 According to Sheriff Cox, 18-year-old Ashlee Mast, of Humphreys, Missouri, was stopped around 1:30 a.m. on March 03 after a deputy reported seeing a vehicle on Highway 190 and U.S. 65 involved in lane violations.

The deputy reported a very strong odor of marijuana coming from the car along with a child.

Further investigation led to the arrest for alleged DWI-drugs and the seizure of a small amount of marijuana and drug paraphernalia.

Mast has since been released. Formal charges are pending.

Odessa Aldermen Will Look at Zoning and Grants