“During 2018, carbon sequestration efforts resulted in an increase in CO2 stocks, that means that’s carbon removed from the atmosphere of more than 760 million metric tons,” Newton said. “So, when you take into consideration total emissions across the entire U.S. economy, our carbon sequestration efforts resulted in about a 12 percent reduction in emissions, that we were able to capture that carbon in the soil.”

Newton says there are five land-use categories for measuring carbon.

“The largest land-use category in the U.S. is grassland, and we did sequester a significant amount of carbon in our grassland, but the second largest in land-use category that captures the most carbon is forestry,” he says. “And in 2018, forestry was able to capture more than 700 million metric tons in the soil. When you consider that we have over 700 million acres of forestry in the U.S., each acre of forestry is capturing more than a ton of carbon each year in the soil.”

However, more investment is needed in research to capture more carbon, he says.

“When you look over the last 30 years, we’ve lost more than a million acres of cropland each year and that’s not sustainable,” Newton says. “In order to capture more carbon in our soils, we need to increase our investment in agricultural research to develop those frontier technologies that can help us capture even more carbon in the soils on our cropland, so we can not only meet the climate goals, but also to continue to feed, clothe and provide renewable fuels for the U.S. economy.”

Find the analysis on the Market Intel page at fb.org or by clicking on this link. 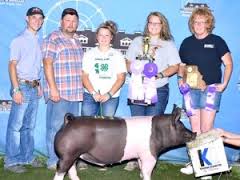