A detainee at the Livingston County jail was caught making a weapon Friday morning.  911 Dispatcher Steve Lowrey saw the situation unfold on the jail monitors and alerted staff members.  The male inmate was found in possession of a toothbrush with a partially sharpened end.  He is now being held in maximum security.  His name has not been released.  A report has been submitted to the prosecutor’s office for further action. 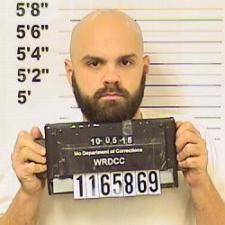