Johnson County deputy fires shots after having foot run over 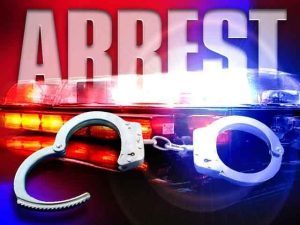 According to a probable cause statement filed in the Johnson County Circuit Court, Donald Dean Peery, 85, was contacted by a deputy in the parking lot of El Paso Mexican Restaurant in Monday, July 17. The statement indicates that Peery had a “stop and hold” order issued for which the officer attempted to make contact.

The officer reportedly spotted Peery’s vehicle in the lot and approached him as he walked to his car. Peery was able to evade the officer and get into his vehicle, despite the deputy’s commands not to do so.

The investigating officer tried to get the subject out of the vehicle by reaching in and turning the car off, and Peery allegedly told the officer he was going to kill them before beginning to drive away, and ran over the deputy’s foot.

The deputy then fired an undisclosed number of rounds in the direction of Peery’s automobile, which then drove away from the scene. Peery then traveled on Route 131 before crashing about two miles north of 50 Highway.

He is now charged with assault on a special victim in the second degree. Peery faces a $30,000 cash only bond.