SPRINGFIELD, Mo.- An Emporia, Ks., man was convicted by a federal trial jury on charges of sexually assaulting two victims, including a five-year-old who was assaulted at Fort Leonard Wood, Mo.

According to a release from the U.S. Attorney’s Office for the Western District of Missouri, Craig Ralston, 39, was found guilty on Friday, June 15, 2018, on one count of the aggravated sexual abuse of a child less than 12 years of age and one count of crossing state lines with the intent to commit rape.

Ralston reportedly met both of his victims while attending church in St. Roberts, Mo. He was serving in the U.S. Army and was stationed at Fort Leonard Wood when he sexually abused a five-year-old child between November of 2003 and May of 2005. Ralston has been discharged and is no longer active in the military.

In 2008, while living in Kansas City, Mo., Ralston also raped an 18-year-old victim multiple times. He is currently incarcerated in Kansas after being sentenced to nine years and two months in state prison.

Under federal statutes, Ralston is subject to a sentence of up to life in federal prison without parole. The maximum statutory sentence is prescribed by Congress and is provided here for informational purposes, as the sentencing of the defendant will be determined by the court based on the advisory sentencing guidelines and other statutory factors. A sentencing hearing will be scheduled after the completion of a presentence investigation by the United States Probation Office. 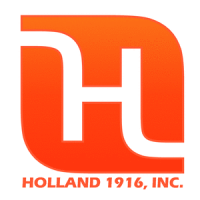 Retirement Ceremony Being Held At SFCC