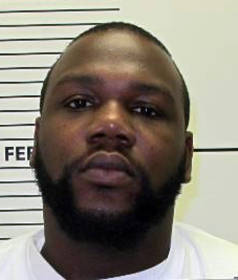 MARSHALL, Mo.- According to a release from the Saline County Prosecutor’s Office, a Kansas City man was sentenced to 45 years in prison for his role in an April 17, 2016, shootout that began on Maplewood Circle in Marshall, Mo. 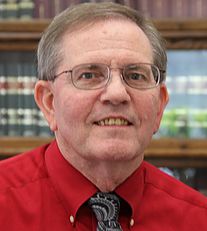 At the sentencing, Prosecutor Don Stouffer urged Circuit Judge Dennis Rolf to impose a severe sentences to punish the defendant and to deter drug related violence. Stouffer argued that defendant’s actions could easily have resulted in severe injury or death to children and innocent adults in the immediate vicinity of the shooting in Marshall’s residential area.

Vincent Barriere,  34, was charged and plead guilty 1st-degree assault, armed criminal action, unlawful possession of a firearm by a convicted felon and unlawful use of a firearm by shooting at another person from a vehicle.

On March 17, 2017, A Saline County jury took less than 30 minutes to return guilty verdicts  on all four charges. Judge Rolf sentenced Barriere to 30 years on assault, to be served consecutive to e 15 year sentences on the weapons charges. Stouffer said that under present parole guidelines, Barriere will likely be required to serve at least 24 years and possibly more of the sentence.

Evidence was presented during three days of testimony that Barriere, known by the street name “New York” came to Marshall a few days before the shooting to kidnap and assault Sedalia resident, and small-time drug dealer, Daniel “Solo Dolo” Wallace. Having failed to locate Wallace, Barriere returned a week later in a vehicle driven by Marcus “Gater” Lewis, also of Sedalia.

Barriere and Lewis first went to the Marshall Wal-Mart to purchase a package of 24” zip ties and two pair of “burner gloves” before proceeding to Maplewood Circle. When Barriere observed Wallace walking with several residents,  including several small children, Barriere emerged from the Malibu and pointed the Ruger 9mm semi-automatic at Wallace. Upon seeing Barriere, Wallace fled east, pulled a Hi-Point .45 caliber semi-automatic from his backpack and began firing back. Gunfire was exchanged before Barriere jumped back into Lewis’ car and sped away. More gunfire was exchanged while Lewis drove east on College and as Lewis turned south on Grant.

Marshall Police officers arrived less than two minutes after the first call to emergency dispatchers. Marshall officers conducted a thorough investigation, recovering several of the spent shell casings. The spent casings were particularly important because a firearms expert was able to match the casing to the two guns ultimately recovered from Barriere and Wallace.

The two shooters and the driver were quickly identified and a few hours later, Lewis was arrested without incident at a Sedalia motel. Barriere fled from the Pettis County officers south from Sedalia on 65 Highway, weaving from lane to lane at slow speeds while deleting the contents of his cell phone. Barriere then crossed to north 65 Highway drove back towards Sedalia at speeds of up to 115 mph. Spikes strips ultimately slowed Barriere down when he bailed from the vehicle and was apprehended after a brief foot chase. Wallace was later arrested in Marshall without incident.

Daniel Wallace was previously sentence to 7 years in the DOC for possession of a firearm by a convicted felon. Lewis was convicted with aiding/abetting person discharging a firearm and was sentenced to 15 years in the DOC, receiving 5 years supervised probation. Lewis was returned in the DOC almost immediately after his plea because his violation of existing felony conditions of probation or parole. Both Wallace and Lewis were in administrative segregation in the DOC because of threats related to their testimony at Barriere’s trial. 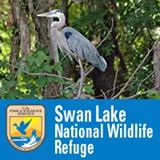 Motorists report suspicious vehicle behind them on a dark rural highway