2011 Pork Powerhouses reports that the 25 largest U.S. pork producers grew by 84-thousand sows this year. Ten of the companies on the list expanded, 12 reported the same number of sows, and three, including the largest, Smithfield Foods, have fewer sows than last year. The biggest jumps were by Illinois-based The Maschhoffs, which added 50-thousand sows.
Pork Powerhouses reports that overall, the mood among the big producers is extremely cautious. Corn priced as much as 8-dollars a bushel means slim profit margins. Joe Szaloky, vice president of business development and planning for Smithfield says his company – continues to downsize and will take 30-thousand sows out of production on the East Coast by the end of the year. 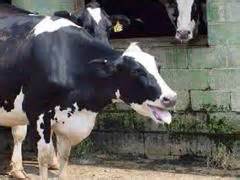