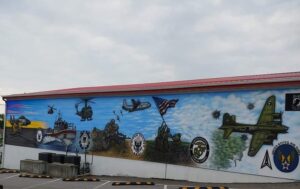 (photo of the Lawson military mural, courtesy of VFW Post 6278)

LAWSON, Mo. — The city of Lawson has a new sight to behold, thanks to VFW Post 6278 and local artist, Jacob Duncan.  A new military branch mural now graces the side of the VFW building, in full color, for all to enjoy. VFW Post Commander, Jeff Bye talks about how the mural has been years in the making.

Bye says all five branches of the military are represented in the mural, including the the newest, Space Force.

The Post Commander  says serving the community is a post’s job. The new mural, a large statement in a small town, represents the bigger picture thanks to the hard work of those involved. Bye says several rough drafts were gone over before a final sketch was approved.

Local artist Jacob Duncan painted the military mural, but it wasn’t his first one. Bye says he doesn’t know much about him, other than he’s a down-to-earth guy. One thing he was sure of, one of the scenes illustrated in the mural is a personal touch of Duncan’s.

Bye feels very strongly about the significance of the mural. VFW Post 6278 is no stranger to helping out the local community. Bye explains how keeping the money local is important and the many ways his post fundraises.

How does Post Commander Bye feel when he looks at four years of contemplation and planning that has finally come to fruition?

The mural can be found on the side of the VFW Post 6278 building, located at 411 North Pennsylvania in Lawson.  More information can be found by clicking here.

To donate to VFW Post 6278, a check or money order can be mailed to: 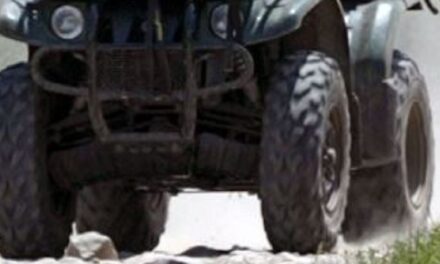 No Damage in Grease Fire