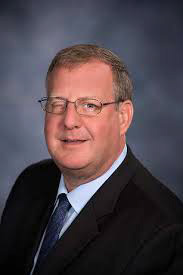 ORRICK, Mo. (KMZU) — With the devastating floods of 2019 still in people’s minds, we talked with Tom Waters, chairman of the Missouri Levee and Drainage District Association, to learn about the condition of levees.  Of those damaged,  70 percent have been repaired, he says.

“For the number of levees that they had to put back together, the levees are in pretty good shape, really. It just seems  the process takes way too long,” Waters told KMZU.

Red tape has caused delays on others.

“Some of the problems are mostly with realignments and right-of-way issues. I think three different projects had trouble with NRCS — wetland areas that new alignments need to go through. Getting easements for that has been a real nightmare,” he says.

One of those is Rushville-Sugar Lake in Buchanan County, which breached in March 2019. Advertising for bids to repair damage began this January after receiving approval from the National Resources Conservation Service because it sits on Wetland Reserves property. Others are in Holt County, just north of Buchanan County.

However, it’s not the biggest issue he’s hearing from state levee districts.

“The biggest problem I’m hearing is contractor problems. We haven’t had some the best contractors bidding on these projects and districts are getting frustrated on quality of work,” he says.

With less heavy snowfall in the northern Plains — and in Missouri — flood risk is forecasted to be lower for 2021. Waters says the Army Corps of Engineers is completing its Spring flood-risk study, which shows a low risk for floods not only for the whole Missouri River Basin, but also for the Mississippi and Ohio rivers. Even if heavy snow or rain happen this Spring, reservoirs and lakes in the northern basin have the capacity, he says.

“I think there’s more of a concern for drought, instead of flooding this year,” Waters says.

There’s also concern the new Biden administration may reverse recent federal policy to replace or raise levees along the Missouri to improve flood control. Three weeks ago, the Corps granted permission for the city of Hamburg, Iowa, just north of the Missouri border, to raise its Missouri River levee by eight feet. The city, which was overcome with flood water in 2019, will spend $7.8 million for the project. It’s one of the first in the country to get the go-ahead for higher elevation. Work is scheduled to begin this Spring.

“I’m really concerned about regulating the flood plain — not having the ability to put a levee back after it breaches,” he says. “There’s a lot of folks that think the government should have all the flood plain and just let the river go. So, we’re constantly trying to push back on those type of ideas. We want to provide flood protection. Letting the river where it wants to go — is not.”