The Lexington City Council approved a lease purchase ordinance at Tuesday night’s meeting.  The City will borrow $900,000 for water line improvements to the south side of town.  Mayor Jerry Brown says they have until 2035 to pay back the loan, plus interest.  This will come to a total of $1,362,361.  The repairs will start at the intersection of Highways 24 and 13, and be used on the South and East sides of town.  The City plans to install 8 inch pipelines, where they currently only have 4 and 6 inch pipes.

A contract agreement with Lexington’s potential new City Administrator was approved Tuesday night.  The search committee has narrowed the candidates down to Mark Rounds.  According to the contract agreement, Rounds will start the new position in Lexington in mid-July.  Rounds is currently the manager of a gated community in Colorado.  Seven council members voted yes on the contract.  Ward 3 Council member Earl Parris voted against the measure, saying he does not believe it is the right time for the City to hire an administrator.

Council also discussed repairs to a parking lot across from the court house.  The City will split the cost with the County.  Six Council members voted yes, with Ward 1 Council member Justin Petray voting against it and 4th Ward Councilperson Randy Small abstaining. 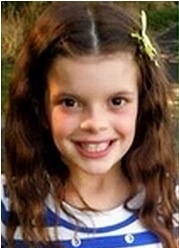